A Samsung Smartphone Below $100

I am a returning customer

If you already have an account with us, please login at the login form.

Thank you for registering with Go Talk !

You will be notified by e-mail once your account has been activated by the store owner.

If you have ANY questions about the operation of this online shop, please contact the store owner.

Your shopping cart has been saved, the items inside it will be restored whenever you log back into your account.

With the new trend of foldable smartphones dominating at CES this year from the LG G8X to the Samsung Z Fold 2, the mobile industry has its eyes on Apple. While we haven’t seen a foldable handset from Apple yet, there are rumors circling that Apple is currently designing a flexible display smartphone. At its core, Apple is not a company know for taking design risks, which has resulted in the cultural icon of the iPhone. But what would happen if Apple released a foldable handset?

In 2019 and 2020, Samsung released two foldable smartphones, the Galaxy Fold and the Galaxy Flip Z, both of which feature a foldable design that kicked off a new wave of smartphone releases. Back in 2017, a rumor that LG partnered with Apple to develop a foldable iPhone broke into the tech community. More recently, it’s been hinted at that Samsung has allegedly offered to supply foldable displays to Apple. Probably most telling, the Apple supplier Corning is working on a foldable glass solution. Known leaker Jon Prosser stands by the fact that Apple is working on a foldable handset but claims that we won't be seeing it until 2023 or later. What will this handset be called? Prosser refers to it as the iPhone Flip- catchy!

So what will this new phone look like? There have been a plethora of rumors across the board on concept design. There have even been ruminations on a patent for a tri-folding display. However, it’s proven to be false. According to Jon Prosser, there are two different blueprint designs for the iPhone Flip: a fold-out hybrid tablet, similar to the Samsung Galaxy Z Fold 2, and a clamshell flip phone similar to the Galaxy Z Flip. Sources claim that Apple will be going ahead with the clamshell design, though it is still early in the development process and there's a chance things could change. The iPhone Flip will most likely resemble the Galaxy Z Flip. Now what will it cost? The Samsung foldable handsets are a bit pricy, the Galaxy Z Fold 2 costing more than the new flagship S21 series. Will this be the same for Apple? We think so. If Apple opts for a smaller foldable handset like the Galaxy Z Flip, the phone's price could be comparable to Apple’s premium handsets like the $1,099 iPhone 12 Pro Max. However, if the foldable iPhone is designed like the Galaxy Fold (a smartphone to tablet model), it’s certainly possible the price could exceed that of past Apple products. Ultimately, Apple is the driving force of the mobile industry. Whether or not they decide to release a foldable handset will greatly impact the direction of smartphone trends. Moral of the story? Don’t hold your breath. Although there very well could be a foldable iPhone Flip in the works of development, it will be at least three years until we see it hit our shelves. 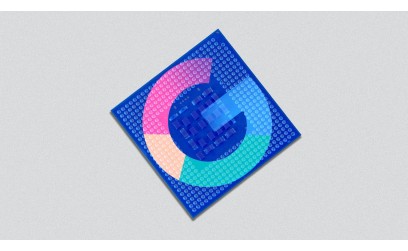 A Custom Chip Will Power The Next Google Phone

We’ve seen the tech industry develop a new trend with tech giants such as Apple and Samsung developing their own processors. Google is finally joining the pack. But what makes the Google chip different? Read More 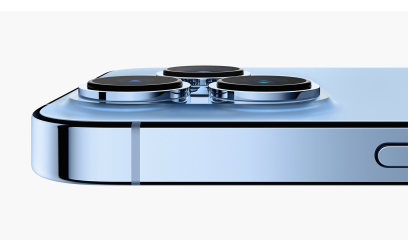 The Launch of Apple’s iPhone 13 Series

On Tuesday, September 14th, Apple held its highly anticipated 2021 launch. At the event, Apple CEO, Tim Cook, ushered in the company’s new flagship smartphone, alongside other fun gadgets. Don’t have the time to rewatch the live stream? Our team Read More